What scents do you associate with Christmas? Back in Sweden which is our background – many of us would probably say; the smell of mulled wine, gingerbread and saffron buns. But where do these wonderful scents really come from? In fact, they all belong to a group of spices that are both rich in flavour and actually possess several anti-inflammatory and health-promoting properties. In this article we will tell you more about these spices and how to make anti-inflammatory dishes that get you into the Christmas sprit.

Cinnamon is popular all year round, not just during Christmas. In addition to its characteristic taste, cinnamon is also known to be anti-inflammatory and has been shown to, among other things, increase insulin sensitivity, reduce blood lipids in the blood and regulate levels of blood glucose as well as blood pressure.

The type of cinnamon most often found in stores is the so-called cassia cinnamon, which contains high levels of the poisonous substance coumarin. Cassia cinnamon should therefore not be consumed in large quantities as it can strain the liver in the long run. A good alternative is Ceylon cinnamon – also known as “real cinnamon” – which contains such an insignificant amount of coumarin that it is risk-free to consume.

A spice that originates from India and is often used to flavour mulled wine. Cardamom contains plenty of antioxidants, which makes it anti-inflammatory. The antioxidants help protect cells from damage caused by free radicals. Cardamom can also help lower blood pressure, lower blood glucose levels and has also been shown to be good for digestion. Last but not least, cardamom has antibacterial properties which can have a positive effect on dental health and respiration.

Clove is one of the the most antioxidant-rich spices and foods there is, and has due to its anti-inflammatory, antiseptic (cleansing) and anaesthetic properties been widely used within Asian medicinal traditions such as Indian Ayurveda. Cloves are rich in the minerals manganese, iron, magnesium and calcium, as well as vitamin A, vitamin K, vitamin B6, vitamin C and riboflavin. Cloves should also be very effective against flatulence in the gut.

Caraway is related to parsley and has a nutty and liquorice-like taste. One of the primary benefits of caraway is that it relieves stomach pain, as it has an antispasmodic and gas-relieving effect in the stomach and intestines. In addition, caraway is very rich in iron and stimulates the digestive system.

Saffron – perhaps best known as the world’s most expensive spice, and also known for giving lollipops their characteristic taste and colour. Like the rest of the Christmas spices, saffron is very anti-inflammatory due to its high concentration of antioxidants. Saffron also seems to help balance the production of serotonin, which can have a positive effect on mood. Last but not least, saffron has the potential to improve both concentration and sleep quality.

Ginger, which is closely related to turmeric – another anti-inflammatory favourite – is well known for its health-promoting properties. Among other things, ginger can relieve nausea, muscle aches and joint pain, and contributes to better digestion. Ginger has also been shown to lower levels of blood glucose and bad cholesterol. In addition, ginger has antibacterial properties.

Anise can be identified by its strong aroma and taste of liquorice. This taste might not be for everyone, but anise is nonetheless very nutritious. For example, anise contains plenty of both iron and the minerals manganese, calcium and magnesium. Anise is also anti-inflammatory, antispasmodic, mood-boosting and antibacterial. Everything you need to know to be more healthy Probiotics in your food – how much can we get from our diet? 5 signs of an imbalanced gut flora Dyl Goddard about gut health and creating a balance between movement, meals and mental health 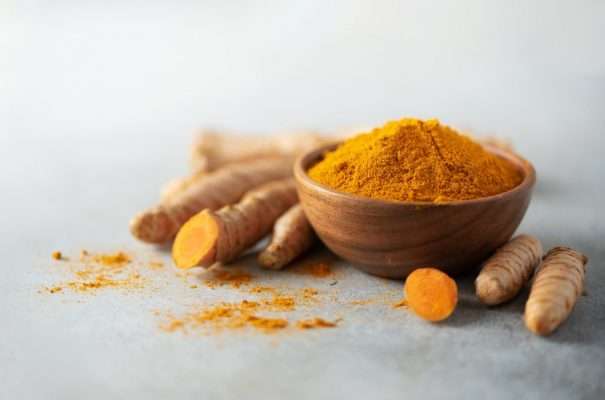 How to maximize the positive health effects of Turmeric

We use cookies to improve your experience.
More info Accept